Category: Lest We Forget 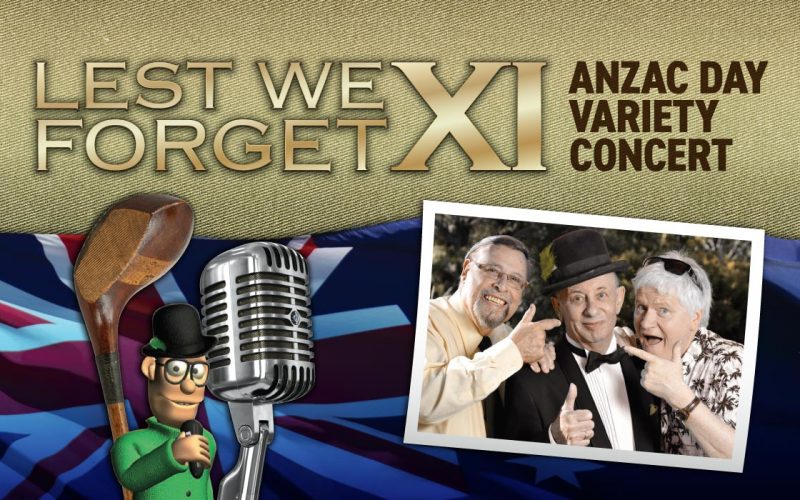 Adelaide’s Lest We Forget Anzac Day Concert has found a golden new home!

“We had a great run at the Shedley Theatre for seven years and previously at the Scott Theatre, but the Golden Grove Arts Centre is now the perfect fit for our traditional variety concert,” Byrne said.

“It’s in a great area with a readymade audience, and very importantly we are able to look after our patrons there – on and off stage – with a great lineup onstage and refreshments in the foyer.

“Comedian Irish Albert, Music Man John Kings and I, find it a privilege to perform for those who served and their families, and the general public are most welcome to attend.”

Byrne said Lest We Forget XI would feature a “tremendous lineup of Adelaide talent, and reverence for the day that most Australians regard as our true national day.”

“Singer/songwriter Phil Haigh will be joined on guitar by Tim James, to present the World Premiere of a powerful new Gallipoli tribute ballad called Blood On The Rocks and we will have the Ode of Remembrance.

“But it is a variety show, so Irish Albert, John and I will keep the comedy coming with cameos from The Queen, Prince Phillip, Billy Connolly, the Two Ronnies and Bob Hopeless.”

Byrne said this year’s concert would “be even more special because my Dad passed away recently.”

“My father Kevin Byrne was in the Army in WWII and he was 98 when we lost him,” he said. “So Lest We Forget XI will be for Dad and everyone at the concert who has lost somebody who served their country.”

Byrne said a bonus for the audience would be a “sneak peek at MBM’s July SA Stage Premiere of Baz Luhrmann’s Strictly Ballroom – the Musical.

“You’ll see a duet from Kurt Benton and Kate Harrison who are playing Scott and Fran, plus a big production number from the whole cast,” he says. “It’s sad day for many but love will be in the air.”

Irish Albert won his own battle against cancer several years ago and urged the people of Tea Tree Gully to get behind the concert.

“We’d love to see a big crowd there to remind people that our armed services fought for the freedom we enjoy today.”

Lest We Forget XI will play the Golden Grove Arts Centre on the Golden Way on Thursday, April 25 at 2 p.m. Admission is $20. Book on 8262 4906, mattbyrnemedia.com.au or just get your tickets at the door. 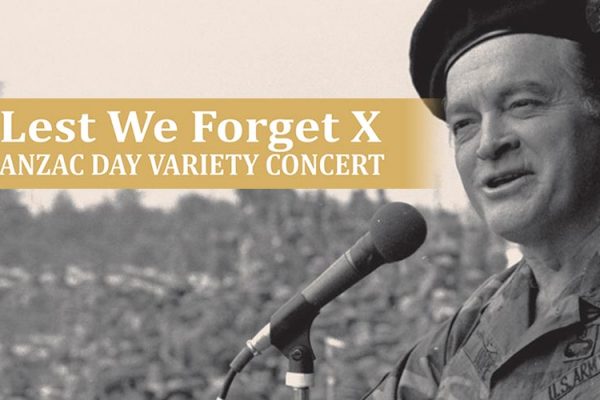 Matt Byrne Media will celebrate a decade of Anzac Day Variety Concerts when it presents Lest We Forget X at Elizabeth’s Shedley Theatre on April 25 at 2pm. 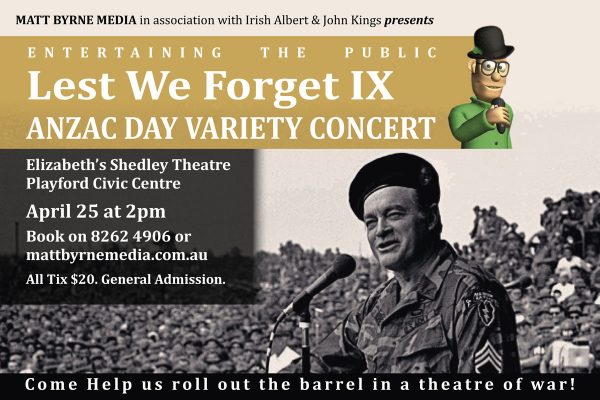 Lest We Forget IX

Come help us roll out the barrel in the theatre of war! Matt Byrne Media in association with Irish Albert & John Kings presents Lest We Forget IX, ANZAC Day Variety Concert. Where: Elizabeth’s...