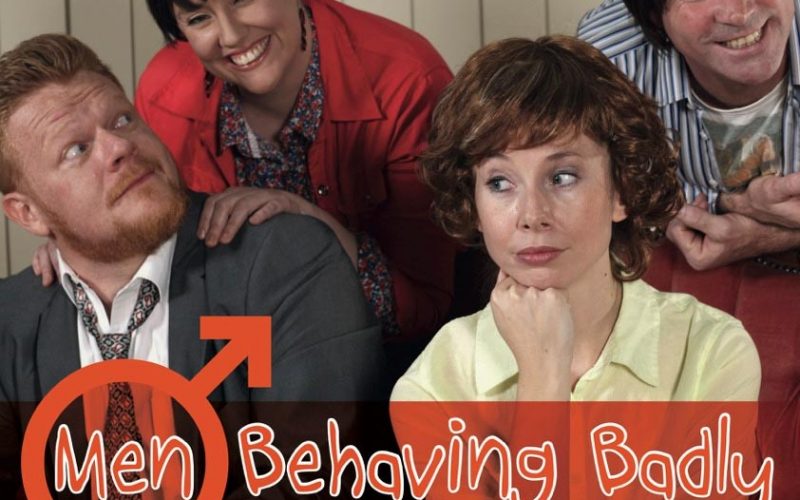 The award-winning British sitcom was an boisterous success for six years in the 1990s, and Byrne is delighted to have gotten permission from author Simon Nye to present four of the funniest episodes in the show’s outrageous history.

“Men Behaving Badly came along when political correctness was in full swing and helped swing the pendulum back the other way,” Byrne said.

“What is amazing about this side-splitting show wasn’t just the male support for blokes being dreadful blokes, but the number of women who found it hilarious.”

Gary and Tony are two London-based beer-guzzling flatmates revelling in a second childhood, hours of TV, and mindless talks about women, the kind of behaviour that puts their relationships in jeopardy with Dorothy (Gary’s long-suffering nurse girlfriend) and Deborah (Tony’s blonde ambition in the flat above).

Gary manages an office selling burglar alarms for a dead-end company with the meek George and lifelong spinster Anthea. Tony stumbles through a range of jobs including modelling, bar work, and miming, after his record stall collapsed (somewhat literally).

“Gary and Tony were complete lager louts with few redeeming qualities but their women Dorothy and Deborah usually came out on top,” he said.

“The great mystery is they somehow stayed together, for six triumphant seasons, maybe there’s a message there somewhere, but you’ll be laughing too hard to care.” 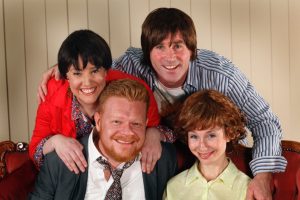 The MBM production will feature Rohan Watts as Gary, Georgia Stockham as Dorothy, Brendan Cooney as Tony and Cheryl Douglas as Deborah, with John Matsen as George and Heather Crawford as Anthea, and contributions by Bec Mason, Amanda Sharp, Chris Stansfield, Niki Martin and Byrne as the hotel proprietor Les.