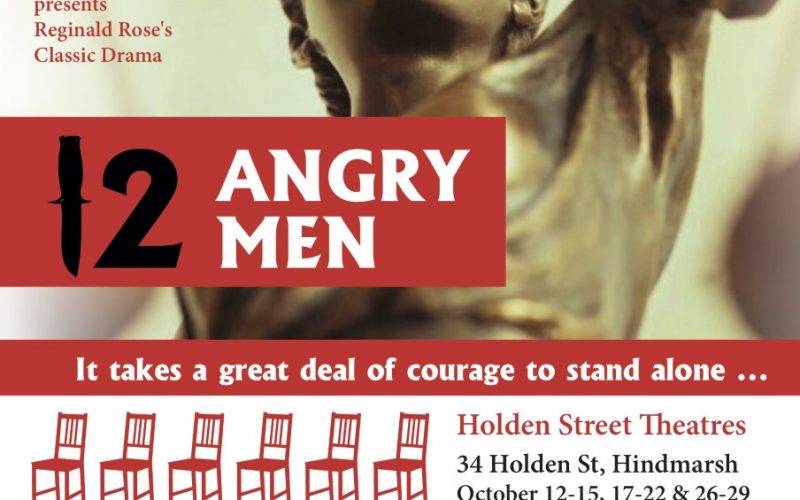 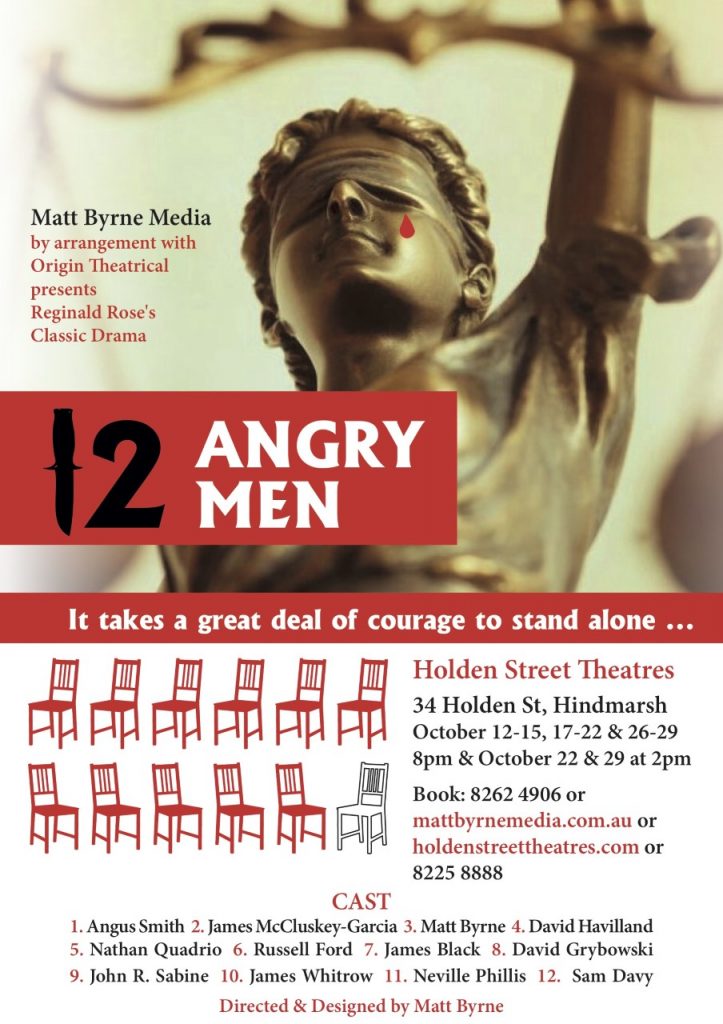 In 1957 New York 12 men enter a jury room to deliver their verdict on a murder case where a young Puerto Rican man has been accused of murdering his father.

The case appears straightforward … but one man has reasonable doubts about the facts, and against the odds he must try the case properly in the pressure cooker of the jury room.

Director/designer Byrne said the theatre would be reconfigured to present a more intimate look at the play.

“We will put the audience in the Jury room with us and give each patron a connection to one of the 12 Jurors,” Byrne said.

“So they will be more involved than usual in this absorbing look inside the hearts of men who have a solemn duty to find the truth.

“What begins as a judgement on the young man’s guilt, soon becomes a fierce examination of the men given the job of deciding his fate. It may be 1957 but it could equally be today.”

Director Matt Byrne has assembled a powerful cast to tackle this intense and engaging drama.

“I have longed to stage this show in The Studio at the wonderful Holden Street Theatres,” Byrne said. “It’s going to be a very intense production and I’m delighted with the cast.”

The movie version starred Henry Fonda as Juror No. 8 and was nominated for three Academy Awards and a later television version won Jack Lemmon an Emmy Award for his performance in the same role.

“A penetrating, sensitive and sometimes shocking dissection of the hearts and minds of men, that reaches far beyond the close confines of the jury room.” – New York Times. 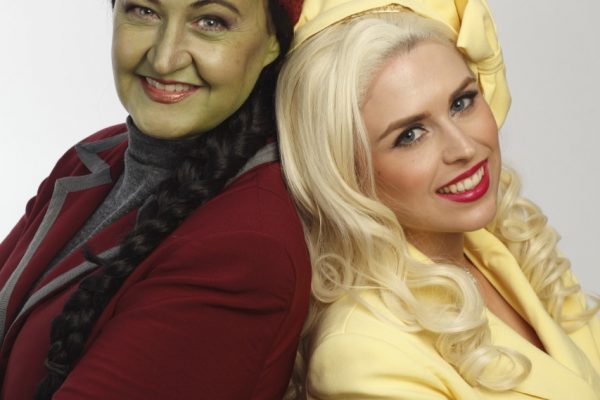 Dear Wicked fans we have some very GOOD NEWS! After their brilliant performances as Elphaba and Glinda in MBM’s smash hit production of Wicked, Dianne k Lang and Kat Jade are back together again in a...